Lifted Up to Serve

Grace to you and peace from God our Father and our Lord and Savior Jesus the Christ. Amen. I want to invite us to hear a portion of today’s reading from Isaiah again:

Have you not known? Have you not heard? The Lord is the everlasting God, the Creator of the ends of the earth. He does not faint or grow weary; his understanding is unsearchable. He gives power to the faint, and strengthens the powerless. Even youths will faint and be weary, and the young will fall exhausted; but those who wait for the Lord shall renew their strength, they shall mount up with wings like eagles, they shall run and not be weary, they shall walk and not faint. (Isaiah 40:28-31)

Today’s sermon is presented in the form of a poem that I wrote as I pondered and prayed on the scriptures assigned for this week and considered all that has been happening in our nation and world in this past month.

The Sovereign of Love

I must admit that it was incredibly difficult to write a sermon this week. I still feel somewhat shell-shocked, as no doubt some or even all of you do, by the events that have transpired. Yet, as I prayed and steeped myself in the scriptures, I found two images placing themselves side by side in my consciousness. One was an image from the gospel itself, and the other was an image from the news on what is being described as one of the darkest days of United States history.

The other image that I found in my mind was a member of the mob of people who broke into the Capital Building this past Wednesday. You may have noticed this man in news photos as well, as he wore a headdress of some kind of animal skin and horns.

The Love that Came Down 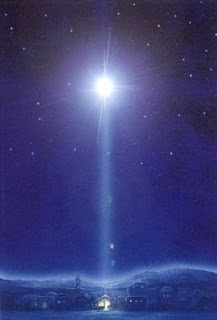 Including today, there are actually three more days of Christmas. Three more days to especially praise God for the gift of the Christ child, sent to heal the sins of the world. Three more days to especially praise God for becoming the Love that Came Down, the Love that Comes Down to dwell among us. Yet we are celebrating the Epiphany today, the festival that comes right on the heels of the twelve days of Christmas and which this year would land on Wednesday of this week. Epiphany; the occasion of the wise men – or wise guys as I sometimes fondly think of them – the wise men arriving to visit the baby Jesus, presenting him with gifts of gold, frankincense, and myrrh. Gifts fit for a king.

Now, I imagine that we all know that the best gifts are the ones that money can’t buy.

For those of you who may not have seen, it was a mixed week in the news:

On an upbeat note (pun intended), Beethoven’s 250th birthday was celebrated with a variety of online concerts and articles. On a more somber note, even as the first vaccinations have begun to be administered, the Coronavirus death toll in the US passed 315,000 and 1.68 million worldwide. And, depending on your disposition towards snow, the two feet of snow that most of us received here in the northeast on Weds night into Thursday either brought joy or frustration, or perhaps a mixture of both!