Rise Up With Hope at the Ready 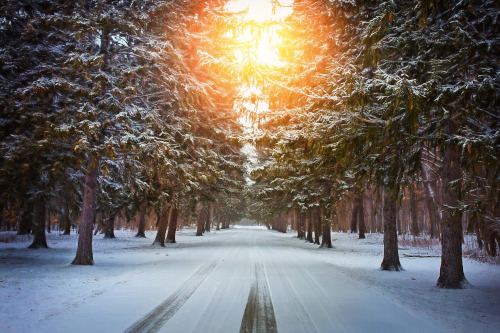 Who, when things are at their worst, thinks to rise up and stand ready for all the good that is to come? To rise up with hope?

Yet that is precisely what the writer of the gospel of Luke suggests in this passage. Famine, war, trials and travails? Fear not, my fellow people. Instead rise up and get ready. “wake, awake for night is flying!” Get ready for the arrival of newness, the arrival of Hope, the arrival of the wellspring of all things.

Wait now…just a second. How can we be hopeful when, as my great-hearted but somewhat foul-mouthed great aunt used to say, “the world is going to hell in a hand basket?”

Well. The truth is that the world’s been going to hell in a hand basket for millennia. The ways this manifests itself keep changing, but it’s the same old theme of human sin and brokenness amplified by the forces of darkness that keep trying to tear down all that is good and beautiful in the world. Yet, as the writer of Luke says, when the leaves of the fig tree appear then we know the fruit will follow in good time.

Indeed, for us as Christians we know that when we find ourselves in the tomb - in the middle of dying and dead places - this means that Christ’s new life resurrection work has already begun. This is the work of grace that will ultimately pull us from the tomb of all of this world’s problems. Yes, in the face of troubles and even death Christians lift high our heads and proclaim a greater story, a deeper truth.

Though it might seem a strange place in which to do so, learning about early Christianity funeral rites can give us insight into the radical Christian hope to which we are called. Expanding on Jewish customs that included family and friends singing psalms and prayers by the side of the one who was dying and preparing the body for burial, early Christians - who professed as we do, a bodily resurrection made possible through Christ – these early Christians began to publicly carry the dead body through the streets on their way to the burial. Previously the body would have been handled and seen by just a few, as it caused those handling it to become ritually impure in Jewish custom. Now the prepared body was lifted high and carried amidst the mourners who sang songs of joy and hope, publicly witnessing to the promises made possible through Jesus’ death and resurrection.

And notice that this proclamation, this work of hope was not carried out alone, but in community. This was communal work. As Paul encourages the community of the Thessalonian church to love one another he is reminding them – and us – of our communal identity. We are encouraged to love one another, to tend to each other’s griefs and sadness and trials and tribulations – to be present for one another’s joys and gladness. Yes, God in Christ gives us the gift of community, complete with all the times that community - and all of us - can be a pain in the you know what. Yet, surely, surely communities – by God’s hand - are replete with all that is needed to be vehicles for grace.

Today we have arrived to Advent and the beginning of the Church year and though we will soon (so soon!) be welcoming the Christ child at Christmas, we are not at Christmas yet. Instead of a little babe in the manger, our Advent journey begins with a gospel lesson discussing the end of all things. Though those descriptions were written by people facing great upheaval in their own times, nearly 2,000 years ago, they feel like they could have been written for our times, this world, our worries.

And so, we remember and remind each other: that when we find ourselves in the dying and dead places, Christ is already working the new hope of the resurrection. New hope that will born in a tiny baby from an unwed teenage mother who could find no room in the inn in Bethlehem. And we raise our heads, and we rise up singing with hope. Amen.