There is Always Hope 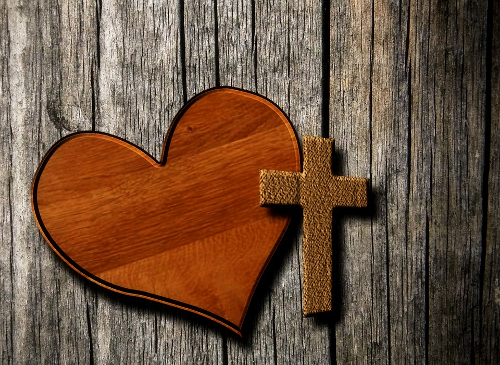 What we believe, my friends, is quite easy for anyone who looks at us to see. In fact, it may be uncomfortably easy for people to see what we believe by looking at our actions and choices as individuals and communities to know if love is our guide, or if anger and hatred have infected our stride.

Yes, if review our actions of a given day or week, month, or year, we find that the words we say in our confession and forgiveness each week are only too true:

If we say we have no sin, we deceive ourselves, and the truth is not in us.

But there is always hope. Again, words from our liturgy of confession and forgiveness:

But if we confess our sins, God who is faithful and just will forgive our sins and cleanse us from all unrighteousness. (ELW)

Yes, though we as individuals and as a world will fall into darkness again and again, so, too, will God through Christ dive into that darkness after us, seeking to bring us home to the places of light and love, to the realm of God’s redemptive work.

In today’s gospel lesson we hear one of the most famous lines from scripture:

For God so loved the world that he gave his only begotten son, that those who believe in him might not perish, but be saved. (John 3:16)

Now, there are some who have tried to use this scripture as an exclusionary tool, sorting out those who will be saved by God in Christ from those who won’t be saved, according to their degree of belief, but the very next line of this famous scripture passage suggests not exclusion, but God’s inclusive desire for the world’s salvation:

Indeed, God did not send the Son into the world to condemn the world, but in order that the world might be saved through him. (John 3:17)

Seen in light of this next line of scripture, the emphasis is shifted from salvation being tied to our belief to salvation being God’s desire and will for the world, made possible by God’s coming down to this earth and taking on our flesh and our lot so as to make possible something more than getting lost in the wilderness. And as Christians we profess that belief is not something we start, but rather a gift that God through Christ plants in us so that we might, with God’s help, have the privilege to practice this belief and this faith.

And it is not God’s desire that this act of love by God in Christ be for some exclusive club called Christianity, but rather that this gift of self-sacrificing love by God be spread to the world as a redeeming antidote, flooding into the veins of the world to fight the infections of sin and greed and malice that seek time and again to bring us personally and collectively under.

While the infection will continue until the end of time, still God is working a new creation, persistently and insistently so that a time will come when God brings all that is wrong to it’s knees and redemption like the banner of love that it is becomes written upon every molecule of the universe.

Until then, by the power of God in Christ we are daily redeemed and made a new creation in our baptism by the cross. We are daily redeemed to be parents and grandparents and communities such as Redeemer, New Paltz, who strive to handle their children with love and clear and healthy boundaries, daily spreading the love and light of God.

We are daily redeemed to be custodians of the workplaces where we interact with opportunities to spread the love and light of God.

We are daily redeemed to participate as ecumenical and interfaith and global citizens alongside every fellow human being from the United States to Antarctica to Greenland to Bangladesh, striving to build global practices and policies that embody the love and light of God for all people and for this planet’s precious and dwindling resources.

We’ve spoken already in these past few weeks of how Lent means “spring,” and spring is a time for hope and the planting of possibilities that will come to fruition in summer and for the harvest of the fall.

By God’s planting of belief in us there is always the possibility of a new spring and new hope, for us and to be built for the sake of the world. There is always new possibility, being planted in us so that our actions might speak of more than just our brokenness; so that our actions might speak of the belief and faith that God is cultivating through the cross in us. On that cross our Savior was broken for us, spilt apart so that grace might become part of the fabric of the Universe forever and ever and always.

This is what we believe my friends, because God makes it possible.
And what God can achieve through us for the redeeming of the world? What will people know of our beliefs by looking at our actions? Well, that remains to be seen.