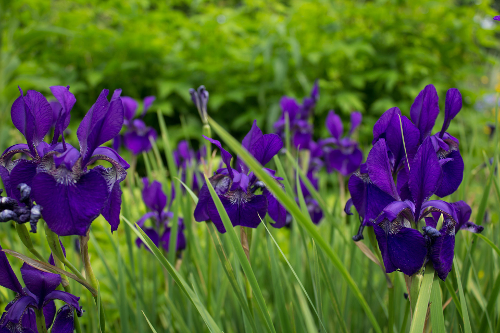 This week’s gospel text is one of my favorites because it reminds us of why we share the peace during worship service, and it reminds us why we are sent to build peace in the world.

The Christ, who was crucified on the cross for the sins of our lives and of the world, who died and was raised from the dead; this Christ appears to the disciples in the upper room where they met behind a locked door, as they were fearing for their lives - what if they were next, what if they were crucified as Jesus had been?

The Christ shows up with hands outstretched and says “peace be with you.” That his hands were outstretched means the disciples would have seen the nail marks on his palms of course, agonizingly painful reminder of his crucifixion. Yet these marks on his palms were also confirmation that Christ’s pain had not been in vain – that this was indeed the risen Christ come back them.

There they had been, just moments before, fearing for their lives, and now here stood Jesus, reminding them by his resurrected presence of the peace of God that passes all understanding - that can never be taken away from them - or us.

When the peace is shared in worship, whether it is a polite hand shake with a neighbor or the kind of free for all melee of a greeting bordering on an early coffee hour that we often have here at Redeemer; each time when the peace is shared we declare that God’s peace - as made possible by Christ on the cross, as given to us by God in Christ through baptism, water and the Word - belongs to our neighbors and to us.

“Peace be with you,” we say, and the power of the cross is proclaimed.

“Peace be with you,” we say, and the power of the cross proclaims that through baptism we are claimed for peace that cannot be taken away, no matter what happens on our earthly journeys.

“Peace be with you,” we say, and the power of the cross proclaims that no bully or bullies, no worldly power can ever take away from us the Christian principles of compassion, generosity, care of neighbor and the down trodden, refugee and the poor, the widow and the children, knowing that every life deserves dignity and the chance for peace.

“Peace be with you,” we say, and the power of the cross proclaims that God in Christ desires to undo the sins of humankind and build peace for others through the work of our hands.

Peace
Be
With
You

Yet from the mouth of the resurrected Christ, showing up amidst the fear of the disciples, these four words change everything.

It is amazing how a few words or actions well placed by the grace of God can change everything.

Perhaps you, like I, read about the death of John Van Hulst a couple of weeks ago? John Van Hulst was from the Netherlands, and we remember him, as he died at 107 years old; we remember him chiefly for his work to save Jewish children from the Nazis. Hulst helped smuggle 600 children through the school he ran and onward to freedom beyond the countries borders. Yet Hulst often struggled with whether or not he could have done more, saved more children.

I don’t know, but I can’t help but think the Christ would meet a person such as John Hulst and say, “peace be with you.” And commend that person for all of the sins of humankind that Hulst strove to undo.

For indeed, this peace of Christ is not given to us to hold for ourselves alone, but so that we might go forth and work to build, block by block, action by action, day by day a world in which we labor together as humanity to undo the sins of humanity, knowing that this is only possible because of God’s resurrecting work through Jesus on the cross.

It is possible. People like John Van Hulst prove that it is possible, and that we all have daily choices that can make a difference. And for us as Christians we know that since Christ has been raised from the dead, all things that are dead, be they our own sins or the sins of the Nazis or any other false worldly powers, shall in time be overthrown. And we proclaim this each week during our worship; every time we stand before a sister or brother in Christ and say, “peace be with you.” We proclaim that Christ’s peace-giving power is stronger than the power of death, and we remind each other that this power of peace has in part been breathed into us so that we might go into the world and build Christ’s peace. We remind each other that our Christian calling as it comes to us from Christ and the scriptures is to break down the walls of darkness in the world, to advocate and help the migrant and the marginalized, the widow and refugee, the poor and down trodden, LGBTQ persons and their families, those oppressed by racism and every other “ism.” We are sent by the Christ to help everyone come out from behind their locked doors where they huddle in fear.

It is an awesome responsibility that could frankly make us want to huddle in fear behind closed doors. Yet time and time again the Christ, the risen Christ, comes and holds out those palms in which the nails were driven and says, peace be with you. As the Father has sent me, so I send you.”