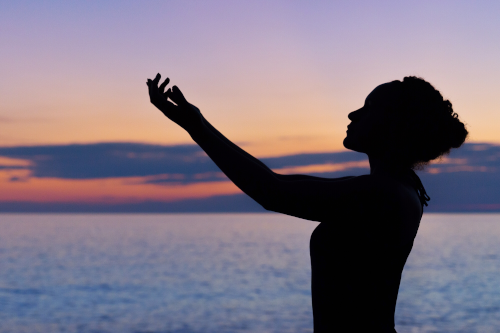 In a story that I was reading this week about evangelical Christians, a woman in a small town in Iowa described how she had voted a certain way in 2016 because she felt it would protect her rights as a Christian, and give her and other Christians back power that had been lost.

It took me a few days before it dawned on me, just why that statement seemed so strange to me; the statement that her vote would “protect her rights and give back power to her as a Christian.” Then a light bulb went on as I thought: Christianity and striving to follow Christ with God’s help are not a right or power to be encoded into a government, but a humble privilege and a calling to a daily way of living and striving. Something we irresistibly do because the Holy Spirit, Divine and persistent as it is, just won’t let us go - despite challenges that can and will come our way, as well as periods of doubt and drought in our lives of faith.

Now, the woman in this article also declared that she had voted as she had voted in an effort to return this nation to being the Christian nation that she said it had always been. Which does make me wonder which Christianity this woman is referring to?

Is she referring to the Christianity practiced by some of the founders of our nation, who owned slaves and supported the killing and displacement of Native Peoples? Because I do not believe this is the version of Christianity to which we aspire.

Is it the Christianity reflected in Puritan New England or the Christianity of New Amsterdam that would become NYC or another one of the distinctive branches of Christianity that landed on these shores, carried here by immigrants with distinctive linguistic and cultural heritage, some of whom would seek to carve out power for themselves and those who thought like them and acted like them in this “New World” which was actually a land being re-settled and conquered by narrowly defining Christianity as they understood it and insisting that others live by those same understandings and proscriptions - even forcefully and against their will? Because I do not believe this is the version of Christianity to which we aspire.

Though I am deeply appreciative of the protections for our religious freedom in this country, there would be a deep irony to the United States declaring itself a Christian nation as this woman seems to be implying, since at our roots this country was founded on lofty ideals, but stained deeply with sin, including actions and power-grabbing by so-called Christians for their own benefit, and that did not reflect the Christian principles to which we aspire, as laid out by scripture and the teachings of Jesus. Surely there were many Christians in that same time period striving to reflect the true intents of our Savior, but the practices of some if not many of those in power at the founding of our nation, who called themselves Christians, bore little resemblance to the humble, self-sacrificing Christ who led with healing and by gathering in the remnants and the outcasts to journey together towards the freedom of God’s promises.

No one should ever try to paint history or themselves with a white wash of perfection when in reality the stains of sin lay round about us with ample supply to ruin us all.

I think instead I’d rather hope for Jesus to help me kneel at his feet and cling to our Savior who himself - as we hear in today’s gospel - had to be reminded of the promise named by the prophet Isaiah, that God would gather others besides the outcasts of Israel into the warm and welcoming depths of God’s blessings. I think I’d rather cling to Jesus, who disappointed the hopes of much of the Jewish people, by not becoming a Worldly superpower rising up at the head of a mighty worldly army to bring them into ascendancy and sweet government appointments.

Instead Jesus gathered the unlikeliest disciples to his side where they found not proscriptive law but evocative life in the gospel come alive in human flesh and blood. This Jesus was even human enough to have to be reminded by another human of the fullness of God’s promises; reminded by another human who was not also God like Jesus, but a Canaanite considered by some to be outside the promises of God; and not just a Canaanite, but an outwardly female Canaanite speaking up to this male Teacher in a man’s world where women and children were property and possessed.

Did Jesus hear the words of the prophet Isaiah echoing in his mind and heart again, even as the Canaanite woman pleaded with him to heal her daughter? Did compassion well up in Jesus’ heart again as it had when he tried to get away from the crowds, but they followed him and he had compassion on them and healed their sick?

We do not know what the inner workings of Jesus might have been at that moment.
But we do hear his outward response:

“Woman, Great is your faith. Let it be for you as you wish.”

And we, who know we are not worthy, who are all too aware of our own sin - including, if we are honest with ourselves, perhaps in some small way having longed for power even if it meant that others would be left without even crumbs from the table; we are humbled by the power of God that shines forth in this Canaanite woman’s boldness and faith and understanding that true healing could only come from Christ. And we are reminded that we, too, come begging for the crumbs of Christ’s healing.

And we take hope that even as the prophet Isaiah foretold it, we, too, shall be gathered in and fed by our Savior Jesus. Fed by Jesus’ healing and the true and real and restorative power that comes from the cross and the saving grace of Christ’s mercy.

Not so that we can rise in power in the flanks of Jesus’ worldly army, as it takes over one worldly government or another. No, Christ’s power is not so base and ignoble as that. We are being redeemed so that we might be gathered instead into the army of light, an army not of worldly conquest but of heavenly pursuit; an army whose ranks are filled with sinners longing for the Sovereign of Light to make us new again, whole again, sent again not to power grab in government but to serve the least and the lost and the longing – even our perceived enemies.

There but for the grace of God go any of us. Down the road of judging those who seem to be busy judging others. Down the road of longing for power or a return to things that never were all good or in some cases were down right awful in the first place.

Yet we cannot heap irony upon irony of sinful action and hope that it will like some freakishly complicated math equation become a good work according to Christian principles. If we would build better nations that more deeply reflect the compassionate love and merciful justice seat of God, then we must ask God in Christ to help us unflinchingly examine the history not only of our own souls, but of the souls of our nations. Only then, by God’s grace, can we parse out where the fierce light of Christian principles, which we so often share with people of a variety of faith and national backgrounds; only then can we see where these principles have been upheld and where they have not. Only then can we focus on living not for Christianity to be in power, but for Christ’s power to be reflected in our daily living as we pursue:

Love coupled with justice. Rising up for truth linking arms with forgiveness. Mercy humbly waiting alongside compassion. Solidarity with neighbors both local and global; those like us and those most different.

We can rest assured, no, we can live assured that the crumbs of grace will be enough to support the remnants of God’s faithful as we continue to stride through history, with God’s help in Christ setting aside the illusions of worldly power and ascendancy so that we might instead kneel at our Savior’s feet and cry, “me, too, Lord. Heal me, too.” Amen.