Welcome to a community that is deeply rooted in the faith being planted in us by God through Jesus Christ; a community empowered by the Holy Spirit to be radically welcoming for the sake of sharing Christ’s love, mercy, and grace with the world.

“Welcome one another, therefore, just as Christ has welcomed you, for the glory of God.” Romans 15:7 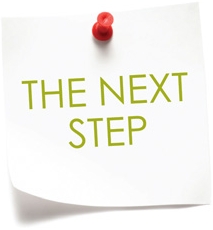 We encourage newcomers to introduce themselves to our pastor - just a quick hello at the end of worship. We ask that you consider signing our guest book by the main entrance. If this is your first time to our church we'll mail you a single letter containing a thank you for your visit and additional information about our church that we think you might find helpful.

After, we hope you stick around after Sunday worship for some light refreshments and a chance to meet and talk with others. Did we mention coffee?

If you'd like more information and you're on social media, checkout the links to our social media channels at the bottom of this page for the many ways that can help keep you connected with Redeemer

Also, our electronic newsletter, Redeemer Digest, is a useful way to keep informed about news and events at Redeemer, and subscribing is incredibly easy. Simply enter your email address in the box and click "Subscribe". We promise, you won't get spam. We send out a newsletter roughly once a week.

What's It Mean to be Lutheran?

We are the church that shares a living, daring confidence in God’s grace. For us as the Evangelical Lutheran Church in America, this faith comes through the good news of Jesus Christ and gives us the freedom and the courage to wonder, discover and boldly participate in what God is up to in the world. Liberated by our faith, we embrace you as a whole person — questions, complexities and all.

We are a church:

“Our faith is a living, busy, active, mighty thing,” said Martin Luther. We continually strive for a deeper understanding of what the death and resurrection of Jesus Christ means for the world. Doing so puts us right where God wants us to be: in the thick of life.

Our roots are in Scripture, tradition and the Lutheran Confessions, as well as in the vibrant communities and rich histories of our congregations. These roots are an ongoing source of nourishment; they enable us to be a church, guided by the Holy Spirit, that is both resilient and always being reformed.

Lutherans believe in the Triune God. God created and loves all of creation -- the earth and the seas and 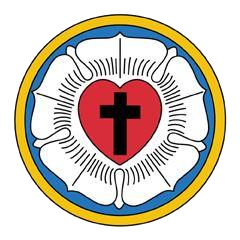 all of the world’s inhabitants. We believe that God's Son, Jesus Christ, transforms lives through his death on the cross and his new life, and we trust that God's Spirit is active in the world.

We are part of God’s unfolding plan. When we gather for worship, we connect with believers everywhere. When we study the Bible or hear God’s word in worship, we are drawn more deeply into God’s own saving story.

The convictions shared by Christians from many different traditions are expressed in statements of belief called creeds.

These ecumenical creeds that Lutherans affirm and use in worship confess the faith of the church through the ages and around the world.

We accept the Apostle's Creed, the Nicene Creed, and the Athanasthian Creed as true declarations of our church.

A basic overview of our church’s foundations

To define it simply, Christianity is one of the world’s major monotheistic religions.

Christians believe in Jesus Christ and follow his teachings. We believe Jesus is God’s own son, sent by God to become human. As the son of God, Jesus is divine, but he was also a human being who lived among us on earth, over 2,000 years ago. Followers of Jesus are part of God’s people, whose heritage includes the Jewish people and the Christian Church throughout the world today.

As a person, Jesus of Nazareth was a Jew who lived and died in biblical Israel under Roman rule in a province the Romans called Palestine. He spent his adult life in ministry with his disciples, traveling around the region, teaching about God and spreading a message of God’s love, peace, hope and forgiveness. He healed the sick and fed the hungry. He gathered many followers who were passionate about his teachings. As his following grew, some of the religious leaders became more and more distrustful and angry with him, until he was eventually turned over to the Roman government by Judas, one of his own disciples. The Roman governor Pontius Pilate then sentenced him to execution. He died by being nailed to a cross in the outskirts of the city of Jerusalem.

But death did not contain him. On the third day after his crucifixion, the day Christians call Easter, Jesus appeared among his followers as the risen, living Lord. He continued to teach, spreading the Good News, sharing the story of his life and resurrection to people here on earth for forty days before returning to heaven. His story and teachings are depicted in the New Testament of the Bible.

As Christians, we believe that Christ lives among us today by the power of God’s Spirit, present when the Good News is preached and the sacraments are administered.

Because of Jesus Christ, we believe that Christians are called and empowered by the Holy Spirit to live our lives in service to the world. Through acts of love and justice, worship and witness, we share God’s boundless love with the world.

As members of the ELCA, we share with all Christians a worldwide community of faith. Through Christ, we are united with other Christians and we recognize a wide fellowship of churches. We work alongside them in ecumenical ministry and service, both in the United States and across the globe.